Quick Service Restaurants (or Fast Food Restaurants as they’re more commonly referred to) have been there for us our whole lives. In this way, so have QSR workers.

We all remember going to Mcdonald’s as a kid to indulge in a sweet treat. As teens and college students, we likely grabbed a quick meal at Subway or Popeyes between classes. As adults, we’ve made a quick coffee run to Dunkin or Starbucks before work. Every time we make a stop, we’re greeted by a fast food employee. They’re often smiling, quick, efficient, and pleasant. However, we rarely stop to thank them for all that they do.

Today is National Fast Food Day, so we want to thank the QSR workers and provide a solution to the unprecedented challenges they have faced in recent years.

Grab a bite to eat and let’s jump behind the counter of the QSR industry.

QSRs aren’t just known for their quick turnaround and service, they’re also known for having a turnover rate of up to 150%. In an average year, the QSR industry is home to nearly 5 million employees. These employees are often working at an entry-level capacity, part-time and in school, or full-time. Regardless of their status, QSR employees are typically subject to various factors that cause high turnover. Low wages and poor working conditions like angry customers, inflexible schedules, and a lack of benefits all contribute to this. When the rapid turnover rate remained the status quo for decades, the COVID-19 pandemic exacerbated working conditions and pushed workers to a boiling point.

Safety concerns became an issue and employees put their lives on the line to continue interacting with customers every day. This was the tipping point for many who already struggled to make ends meet. Employees may have put up with angry customers, low pay, and fixed shifts before the pandemic, but in 2021, a fire ignited in these workers far outside the QSR kitchen.

Understaffed and Under Pressure

Movements like walkouts and mass departures produced record rates of resignation with 42,000 people quitting in the month of August 2021 alone. In November 2021, over 100 Starbucks employees voted to unionize. Such action makes it apparent that post-pandemic QSR workers are making a stand and demanding more than what society has deemed normal for them. They would rather fight for demands than return for the same offerings. As walkouts and departures continue, 50% of the country’s workforce is understaffed and 40% of restaurants claim they’re “severely understaffed”. This has put immense strain on the current employees that serve us every day. Millions of employees are working on skeleton crews and taking on multiple roles of previous coworkers or working double shifts to keep orders moving out the doors.

Unless employers can quell this pressure, QSRs are at risk of having their current employees join their predecessors and relinquish their aprons as well. This would make hiring and ramping back up to pre-pandemic levels even harder for businesses.

A Side of Incentives

In an effort to prevent this and retain current employees, fast food employers are taking steps to directly alleviate employee stress. 89% of employers have started offering more flexible scheduling, 76% are providing employee discounts, and 54% are investing in job development and upskilling. These are all marked improvements towards retaining employees, but to relieve the current stress employees are feeling, employers will need to hire new workers. But how?

QSR employers are going to creative new lengths to attract employees and ramp up hiring. Traditional on-site job fairs are still on the menu, but many are expanding further and serving up fresher ways to incentivize candidates.

Taco Bell is adding in-car interviews, Chipotle is offering debt-free higher education, Donatos has given applicants a certificate for a free pizza, Applebee’s is handing out free appetizers, and Rewards Network has offered referral bonuses to current employees.

While these out-of-the-box strategies are clever, they have proved fleeting and offer little for employees once they’ve strapped on their uniforms and gotten back to work. Employees want real change, not just a return to the same job they left.

This has led to employers increasing pay in addition to extra incentives. Last month, Starbucks joined a swath of large chains to raise employee pay and better working conditions. Similarly, large chains like Chipotle and McDonald’s have also increased their minimum pay, up to $15 and 10% respectively. These are moves in the right direction, but for workers, simply raising pay is no longer enough. Employers will need to look at incentives employees truly want.

QSRs will need to expand their limited menu and look for in-demand and cutting-edge benefits like Earned Wage Access (EWA) from Payactiv. EWA is a groundbreaking benefit that prioritizes and nurtures workers. It has been proven to recruit new workers and increase retention of current ones. EWA allows workers access to their earned wages whether it’s payday or not.

Traditionally, new workers getting onboarded have gone weeks without seeing their first paycheck due to pay period cadences and may be unable to pay bills during that time. In the QSR industry where pay is typically low, this can be detrimental to a worker’s livelihood. EWA allows them access to their money the day they make it as opposed to waiting and worrying about making ends meet.

While the demand for wage increases continues to be a discussion between employers and employees, their hands are often tied by legislation. EWA works based on this fact and increases the velocity of wages so that employers can get money into the hands of their hard-working employees.

Large chains in the space have embraced EWA through Payactiv and associated partnered providers in order to change the status quo and establish a new normal for those who need it most. By implementing this benefit, employers can show their actions truly align with their missions.

“The Payactiv mission aligns closely with Delaget’s core values, and our team looks forward to leveraging this partnership and delivering a fresh new employee benefit to franchisees across the country.” says Jason Tober, CEO of Delaget, a Minnesota-based SaaS (software as a service) company that serves restaurant operators with data analytics and automation.

This alignment has a huge positive impact on recruiting candidates which will help with current hiring challenges. 83% of Americans want access to their paychecks on-demand. It should also be noted that the findings specified that Americans across all salary levels would also be more loyal to employers if they had access to money as they earn it.

It’s clear, QSR workers want more. They have ushered in an age of systemic change. It’s also clear that Payactiv’s EWA is here at the perfect time for employers to embrace such change. Serendipitously enough, QSRs are also the ideal place for this to start.

Fast food is one of the few jobs that everyone interacts with and a majority of the population has worked at one time or another. This gives incredible insight and backing to the causes that QSR workers are currently fighting for. Yet another reason for employers to serve that community and succeed in acclimating to a constantly evolving landscape. As Payactiv’s EWA fundamentally changes the way businesses operate and compensate their workforce, employers can capitalize on this by prioritizing employee needs, increasing hiring efforts, and keeping the hard workers they already have. By implementing this benefit, fast food workers won’t just be thanked in person by their patrons, they’ll be thanked by their employers every single day.

The QSR industry has gone through a lot in the past few years, but our meals continue to arrive and workers’ smiles continue to brighten our day. So, whether you’re picking up food on a late-night run, making a pit stop to refuel on a road trip, or implementing a benefit like EWA, don’t forget to thank a fast-food worker today. 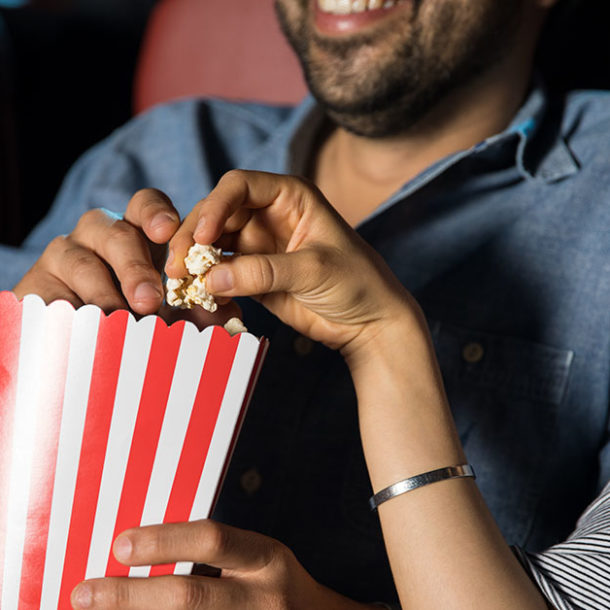 Lights, Camera, AMC:<br>Save on Movies This Award Season
Next Article How to Find a Job that Offers Earned Wage Access

In the market for a job that offers more Jobseekers on the hunt can find all... The Earned Wage Access Trend: What It Is and Why More Companies Are Utilizing It In this segment of The Compassionate Capitalist Show™, Karen Rands is joined...