It started with chicken nuggets

Collette checked her purse to see if a granola bar from work made its way into one of her secret pockets. No dice.

“We can go to the corner store when we get home. I’ll get some rice and string beans for us to share,” Collette said.

“But Mommy, there is a McDonald’s right there,” Deja said pointing her tiny finger across the street at the golden arches. “Can we go? Please?”

Deja never asked for anything. She was a happy six-year-old, who just enjoyed the company of her mom. They’d do simple things together like read books or dance to the music on the radio. In hearing Deja wanting McDonald’s so badly, Collette felt her heart breaking open. She never wanted to deny her sweet girl a single thing. She worked hard at a customer service call center to provide for Deja’s needs, which were few.

Right in that moment, Deja didn’t need McDonald’s, but Collette knew it would be a memorable treat for them both, a little taste of what it feels like to be a normal family for just a few minutes.

Collette peered back into her purse and opened her wallet. A worn $5 bill was tucked inside. It would be enough to get Deja a Happy Meal with chicken nuggets. Collette was planning on using that money to buy a package of rice and two cans of vegetables, which would cover three meals over the weekend. Payday was four days away.

“Okay, let’s go,” Collette conceded. Deja’s face beamed. She jumped up and down as if she’d won the lottery. In a way, she had.

The pair carefully made their way across the street. Collette let Deja order her meal like a big girl. A Happy Meal, chicken nuggets, and a toy in hand, Deja sighed with content.

Collette had no idea what she was going to do for the next few days without that $5. But in that moment, it didn’t matter. The size of Deja’s smile would remain in her heart for years. The two left McDonald’s, Deja clutching Collette with one hand and her new Hello Kitty toy with her other. As they made their way back to their apartment, Collette started to feel the tension in her shoulders.

I need bus fare. We have nothing in the refrigerator. When is the power bill due?

Sometimes employees don’t have a choice

“We have to make a quick stop, baby,” Collette said.

They walked past their street toward the main strip in town. Collette carefully helped Deja navigate the uneven sidewalk as they approached the nearly empty parking lot.

“Payday loan,” Collette finished the sentence. “Mommy is going to get some extra money so we can buy some groceries, okay?”

Reluctantly, Collette entered the store with Deja in tow. She calculated that she only needed $160 to cover the next four days until payday. If she repaid the loan on payday, the accrued interest and fee would amount to $47.27. She hated wasting half a day’s pay, but she felt it was recoverable. Deja waited patiently, gently tapping her McDonald’s toy along the loan counter as Collette signed a blank check and took the cash.

Here we go again, Collette thought. This ritual was not uncommon, and she hated it. She almost always ran out of money right before payday. Collette tried to budget. She didn’t spend money on frivolous things like McDonald’s Happy Meals often, but between Deja, the apartment and utilities, bus fare, and food, she felt perpetually broke.

When payday arrived four days later, Collette felt none of the sweet relief she used to feel when she got paid. She sat at her cubicle, knowing $207.27 would go right to the payday lender. There was virtually no way that she and Deja wouldn’t end up right back at that glass counter again in two weeks.

But employers do have a choice

“Meeting in ten minutes,” Collette’s supervisor announced to the room. She glanced at her watch, hoping she wasn’t in trouble.

Please don’t be layoffs, she thought.

Collette clicked off her headset, told her supervisor she was taking one of her ten-minute breaks, and slipped out to the bathroom, emotionally preparing herself for what would come next. She hated the uncertainty that came with an abrupt meeting announcement. After taking a final glance in the mirror, she left the bathroom and made her way to the staff meeting room.

“Please take a seat, everyone,” her boss said into a microphone at a podium in front of the one hundred or so customer service reps. “Settle down. There are some empty seats up front.”

After another thirty seconds, the room calmed and he continued. “I wanted to announce a new program we’re launching here that you all might want to take advantage of.”

A benefit? No layoffs. Collette realized she had stopped breathing, took a huge breath, and relaxed into her chair.

“We’ve partnered with PayActiv,” her boss shared,“ the leader in    Earned Wage Access. The platform will give each of you real-time access to up to 50 percent of the money you have earned but have not yet been paid between paychecks.”

“You’ll be able access up to $500 of your earned wages per pay period, whenever you need it, for a single fee of $5 per pay period. There are no extra hidden costs, and you only pay the $5 during pay periods when you use the service. We hope this platform eases some financial stress and builds financial wellness for you and for your families.”

“So, it’s like a payday loan?” a younger customer service rep up front asked.

“No. This isn’t a loan at all. This is access to money you’ve already earned, so there is no interest to be repaid. This is simply a way to access your money between pay periods to help you avoid late fees and high-interest loans that add to everyone’s financial stress.”

“We’ll roll out an orientation for each of you, but for starters, download the PayActiv app on your phone and start learning about everything you get for that $5.”

An older rep near the back yelled a question to the front of the room: “What if we don’t have a smartphone? I’m still on a flip phone.”

There was some snickering from the younger employees, but the boss responded quickly. “A pamphlet is being handed out right now. On it there is a number you can call that will get you squared away to use the service through a computer,” he said. “You can use the computer in the lobby or anywhere else and login to the PayActiv website.”,” he said. “Transactions can be made over the phone with PayActiv’s customer service center, if you cannot use the app for any reason.”

Collette, in a similar situation, smiled.

Exactly five days after the PayActiv announcement, Collette found herself short again. She had paid back the payday lender, paid her monthly rent and childcare, and only had $124 left in cash. The gas bill was due in two days, and if she paid it, she would only have $62 for the next nine days. If she didn’t pay it, however, the late fee would add another $30. Deja’s birthday was coming up, and Collette wanted to cook Deja chicken and pasta for dinner and bake her red velvet cupcakes for dessert. The $62 wouldn’t cut it for nine more days of living. Almost absentmindedly, Collette gathered her things and prepared to go to the E-Z Payday Loans. As she reached for her front door, she stopped in her tracks.

Collette walked back into the kitchen and pulled out the PayActiv flyer with the customer service number. She punched the numbers in and waited.

“Hi, I’d like to access some of my money, but I don’t have the app,” Collette said, after identifying herself and her employer.

“We would be happy to help you with this request,” the service representative responded kindly.

Five minutes later she was signed up. Instead of the E-Z Payday Loan, she stopped at the library, logged in to the PayActiv website and couldn’t believe how easy it was to get her earned wages. Even the $5 fee wasn’t due till payday. The next day, on her way to work, she stopped at a nearby Walmart and gave them the pin number she received from PayActiv. The Walmart customer service rep handed over the entire $170 Collette had requested. It was so simple. She would be able to cook Deja’s favorite meal and pay the gas bill, with some money to spare until payday. Best of all, she wouldn’t get hit with all those fees.

Over the next nine days, Collette went on to make three additional smaller transactions with that same five dollars. She even used some of her earned wages to pay for a monthly bus pass, which would save her some money instead of having to pay fare by fare.

I might never have to set foot in a payday loan place again, Collette thought as she held Deja’s small hand in hers. Does ALICE Work at Your Company?
Previous Article Picking up Pine Cones: A Lesson in Earned Wage Access
Next Article 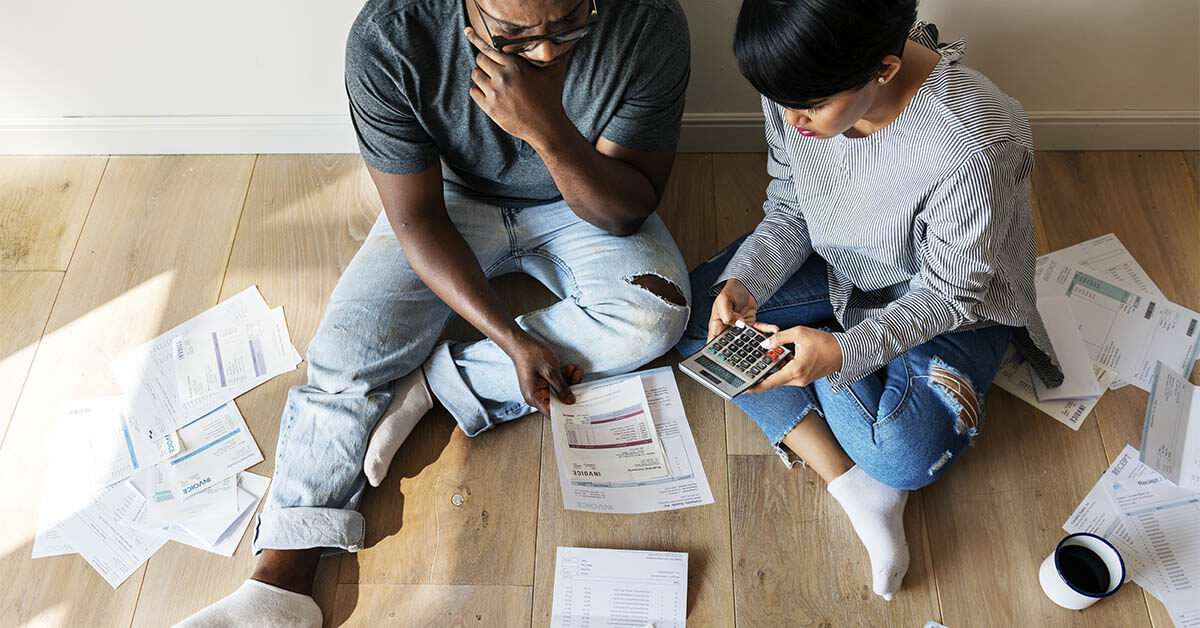